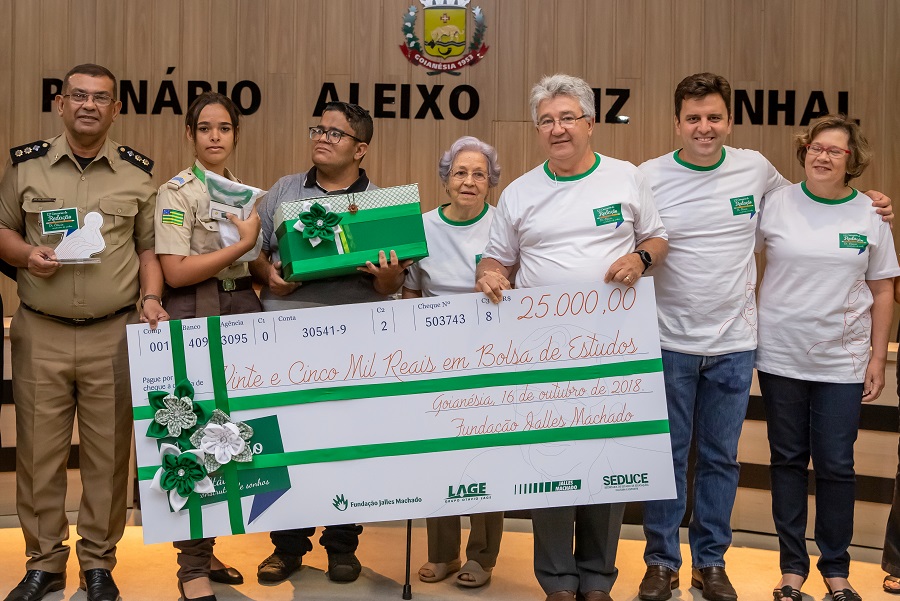 Student of the Military College wins first place and wins a scholarship of R $ 25,000 from the Jalles Machado Foundation in Goianésia

On a night of honor and much emotion, the Jalles Machado Foundation, in partnership with SEDUCE, through the Regional Coordination of Education, Culture and Sport (CRECE Goianésia) awarded yesterday the 16th, at the Municipality of Goianésia, the winners of the 12th Edition of the Essay Contest Dr. Otávio – Builder of Dreams. The winner was the student Laíssa Tavares from the Military Police College of the State of Goiás José Carrilho, guided by teacher Wisks Ley Rodrigues. She won a scholarship worth R$ 25,000 and the teacher was awarded a notebook. The school also received a trophy and the Organizing Committee will pay a visit to the champion's team later this week, bringing t-shirts and gifts to their classmates.

"It was a surprise, I did not expect it. When they started to read and I realized it was my essay, it was surreal, I stood still. A very big emotion. The scholarship will be very helpful, because my dream is to study Aeronautical Engineering. And winning this contest was a dream. Now I know that whatever I want, I can achieve," says Laíssa.

The second place was won by the student Isadora Conceição Araújo, from the Colégio Decisão school, awarded with a notebook. The student Hyanka Alves, from the Luiz César Siqueira Melo School, maintained by the Jalles Machado Foundation, got the third place and won a smartphone.

The contest is held annually and is aimed at the students of the 9th year of public and private schools in Goianésia. "The goal is to honor our father, who was a great man, businessman and former governor of the State of Goiás, who always believed in education as the best path to personal and professional growth. We thank the staff of all schools and students who participated, because, of course, everyone has acquired knowledge and this is the most important", says the president of the Jalles Machado Foundation, Otávio Lage de Siqueira Filho.

This year's essay has as theme "The power of self-esteem", participating about 160 students, corresponding to 15% of the students of each school with the best Portuguese language marks in the first and second halves of 2018.

"For us, it is a great pleasure to be able to participate in this event. It is one of the biggest awards in essay competitions in Brazil. We believe it is through education that we will have a better future and we thank the Otávio Lage’s Family for leaving this legacy so important in the lives of these students. It is initiatives like this one of the Jalles Machado Foundation that make the difference in our Country," said Flávio Peixoto, Secretary of Education, Culture and Sport of the State of Goiás.

It was a very special night, not only because the awards, but also for the moment of homage to former president of the Jalles Machado Foundation, Ricardo Fontoura de Siqueira, son of Otávio Lage, who died last year. The Young Symphony Orchestra of Goiás was the cultural attraction of the solemnity and the repertoire of the presentation featured songs that Ricardo liked to hear.

"If he were here, Ricardo would turn 67 today. It is a mixture of longing, but also of gratitude to God for having given us to live with a person as special and human as he. Ricardo fought for 28 years against multiple sclerosis, never let down, was and always will be inspiration for us and for everyone," says Sílvia Regina Fontoura de Siqueira, Ricardo's sister. 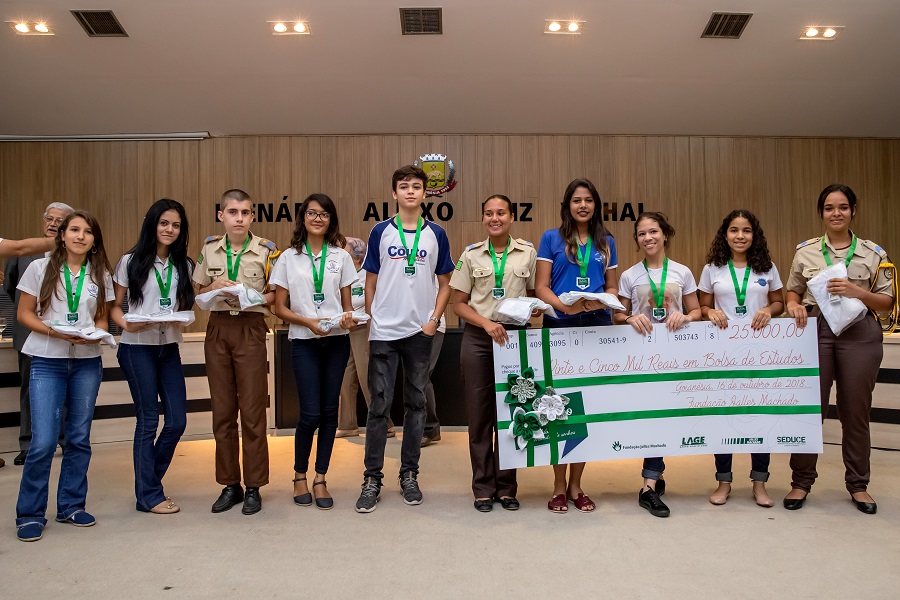 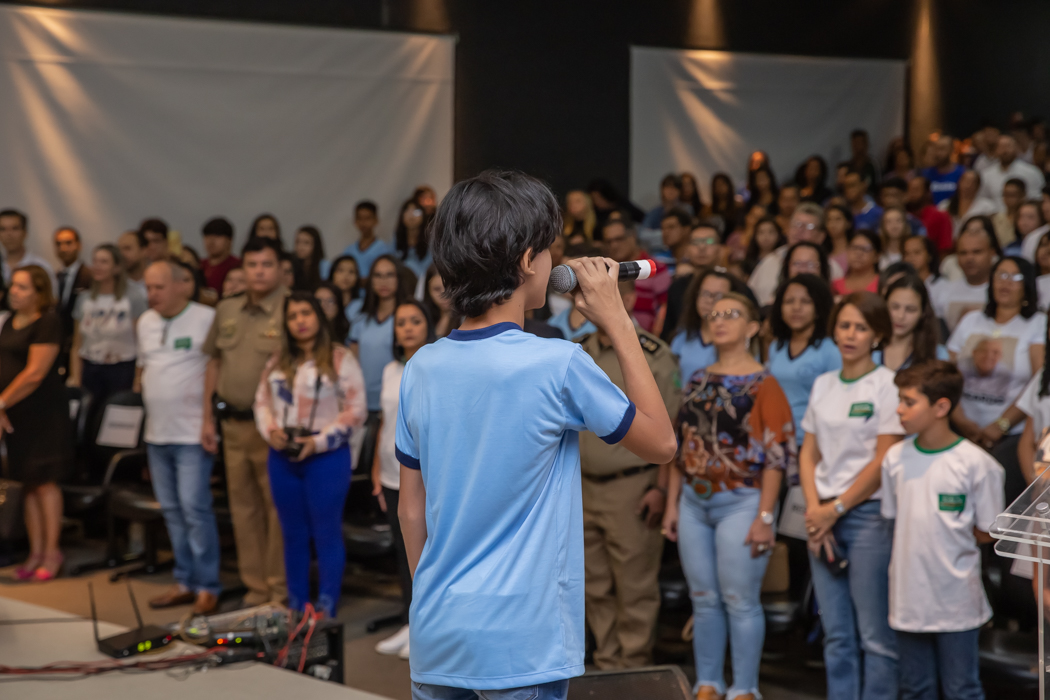 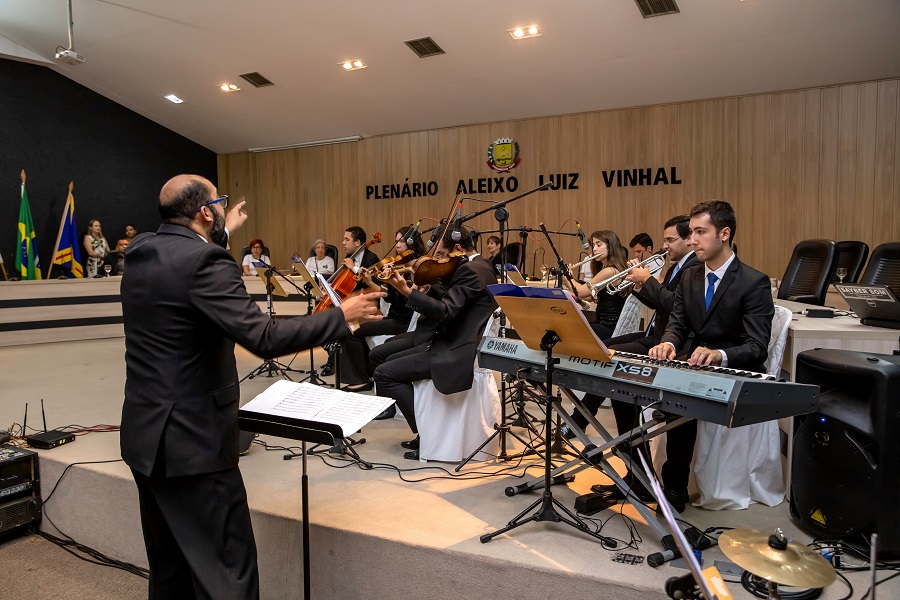