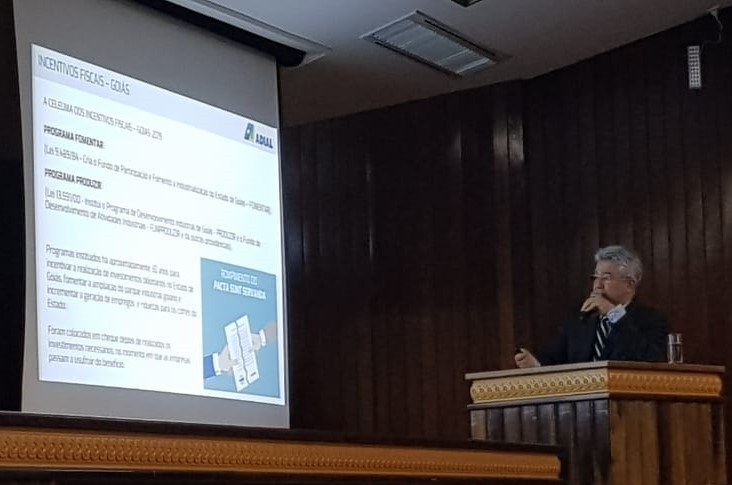 The president of ADIAL Goiás, Otávio Lage de Siqueira Filho, was one of the lecturers at the 1st Brazilian Congress on Legal Security, held in City of Goiânia, in the auditorium of the Public Ministry of the State of Goiás (MPGO).
Otávio Lage participated in the 2nd Panel, which dealt with the role of the Federal Supreme Court and the Superior Courts in the Stabilization of Legal Relations (focus on Tax Law). The panel was chaired by João Marcos Amaral and also had as lecturers José Levi Mello do Amaral Júnior, Attorney General of the National Treasury; Armando Monteiro Neto, former senator and former minister of Development, Industry and Trade; and Tarcísio Carvalho, judge of the Superior Electoral Court.
The event was held by IBSejur and the Higher School of the Public Ministry of Goiás.